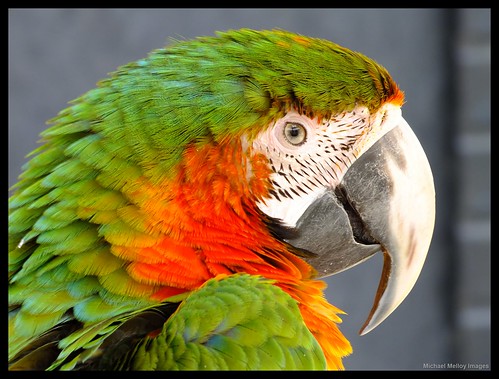 I was out and about today on a family trip to Wingham Wildlife Park and after many photos I’ve decided on this Harlequin Macaw for my photo of the day because of all its bright colours and distinctive sound.

Harlqeuin Macaws are very colorful full-sized macaw. An adult will measure up to 34 inches in length and they can weight over two pounds. They can talk and can have a vocabulary of 15 or more words or phrases.

Harlequin Macaws can be very noisy and very loud.

There is some opposition in the macaw breeding world to hybrids such as the Harlequin Macaw. Because of the increasing endangerment of wild macaws there are some breeds that are becoming extinct. Some breeders feel that hybrids like the Harlequin may contaminate the bloodlines of pureblood Green-Winged and Blue and Gold Macaws because it is often difficult to distinguish between the hybrid and the pure blood birds.