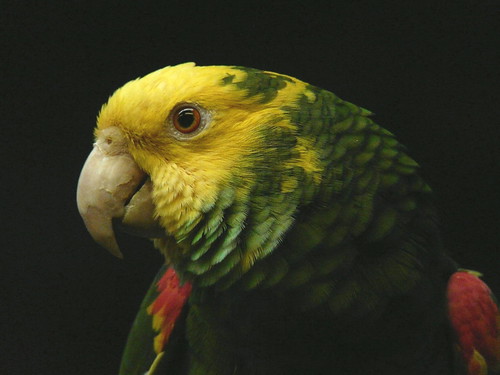 Saw several of these brightly coloured Parrots at the Calgary Zoo. Most of my photos of them will have to be deleted, as I just haven’t mastered the challenge of photographing them through glass and with bad lighting. I certainly felt that this bird interacted with me, LOL!

"Their personalities make them highly desirable pets; they have been kept as such for centuries because they are among the parrots that "talk" best. Their vocal abilities are generally considered to be bested only by the African Grey Parrot and matched by similar species such as the Yellow-naped Parrot. They are also considered loud, active, intelligent, funny, and willful. They like to test their owners and to attract the attention of visitors." From Wikipedia.